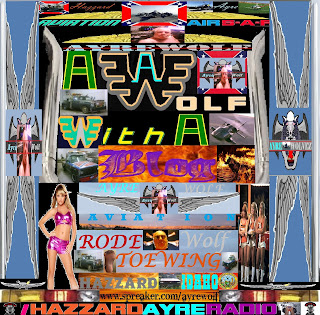 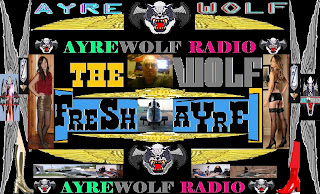 Good morning fellow aviators and concrete sailors it is Tuesday in Wolf Kountry and we have a purtty good show coming up for you here on AyreWolFM/KnyteWolf Radio.
Like the fact that with Hurricane Irma did you know that was the name I gave to my 4th wife's crotch? Yep, her mini titties were called Fredrikia andMary Lou, and the VeeJay? Yep, Irma. As you can imagine with all the coverage on TV and all of that terrible event, I had to slightly chuckle when they said hurricane Irma, I could only think, Darn tootin Irma was.
Then we'll be tawkin about the idea surround the charity event that we here are working on on behalf of our radio station, again auditioning for the toew smooch. In that just how long could a guy put a set of toes in nylon hose under his nose and against his lips? I was tawkin to one of the WolfPack that reminded me of when I was just about 14 or so, while having to snooze at a friends house during one of my parent's get aways, that I attempted with a slight margain of success that feat of the feet. Got the whole family involved. Yet to date there's never been a real clock put on the feat of the feet. Neither Guiness or any other official record documention service or such keeping organization has ever recorded just how long a guy could kiss and obviously smell for a long spell, a womans toes in nylon hose under his nose. Of course there's the need for the feat of the feet, to enhance the concept that at RodeWolf Toewing we Luv 2 Toew

as such we say it visually as

of course my facination really started at about age 8 maybe 9 years old. At least for the lower quadrant of a gals anotomy. See I was partly dating a gal by the name of Janet Riggs of Layton Utah. However her older sister was lets say very fashion conscience and in the late 1960's things hot shorts, go-go- boots, and such were the style. Every shade imaginable of nylon hose was there and as such Janet's older sister wore both and was part of the Layton Lancers pep squad, known as the Lancerets. There was just something that went that day that drew me to hot legs in nylons in those partly corn chip smelling foam inner liner go-go boots. Been attracted to that ever since. So when the oppurtunity presented itself in the early 80's with us doing all things Hazzard County and of course Daisy Duke and all armed with a few partial inspirations, the tag line for RodeWolf Toewing and slightly before the Hazzard County Garage, that evolved to Dixie Towing of Idaho, that in Utah and Wyoming is Cooter's A1 Toewing and here in Idaho, both RodeWolf and Highway Hooker Toewing, the feat of the feet thing just was too much to pass up. The thought of if I had to kiss and whiff a gals lower limbs until I gagged might be a self cure, set off the concept of lets do this for a charity. Have the feat of the feet event at a public event, like a fair or such, have business's or individuals pledge so much money for each hour I could stay there smooching a gals toes in nylon hose, then donate it. In our case to the Shriner's Hospitals. Reason them? My Dad was when he was living was a 32 degree Shriner, El Kalah Temple Salt Lake City Utah.
Much more to come on this morning show happening at 09:00 that's 9:00 AM here on AyreWolfFM/KnyteWolf Radio.
TTYLY 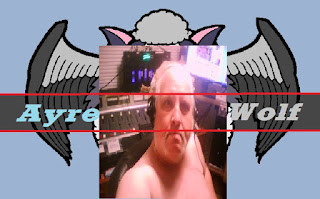