Shit is changing and so are we 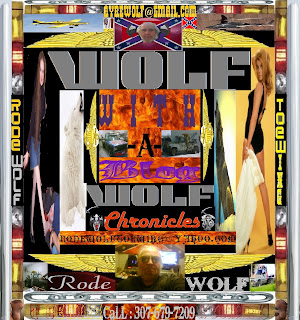 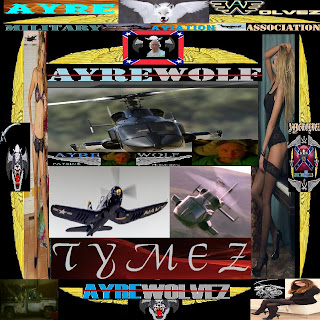 Shit here is changing. The move is on the top of the list, with that move comes what will I do once I get there? That question has been asked by many. While going toewing is not going to change the prime parent business is rebuilding and restoring as well as repairing aircraft. Doing that under the banner that was created in 2005 while I sat one dusk filled evening in Woods Cross Utah at SkyPark Airport there. As I sat on that flight line watching all styles of airplanes, helicopters land and take off, I knew that the days of spinning wrenches on bikes, trucks etc, was going to less and tuning aircraft would be more in line with serious cash generation. Did you know to date as it was in 2000 when the WolfPack was formed, that only 4 maybe 5 companies in all of America, was restoring and rebuilding vintage military aircraft, otherwise known as warbirds. Of that 5 no more than 3 in America rebuilds and restores military helicopters. With conditions being then as now serious cash generation, and a limited competition situation, I thought shit, maybe we mainly me gets re-energized in doing just that tooling on helicopters. With that said, and relating to my previous entry here, If one were to examine the world war 2, aircraft of the time and much more since there was the time of what was termed " Nose Art" Nose art is not getting your beek tattooed nope, Nose Art is scantly dressed women painted on those aircraft. 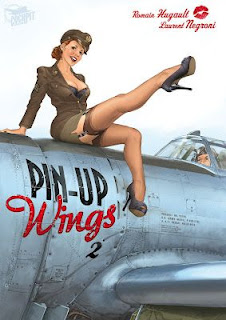 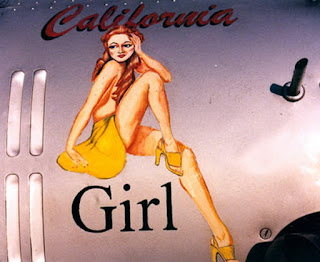 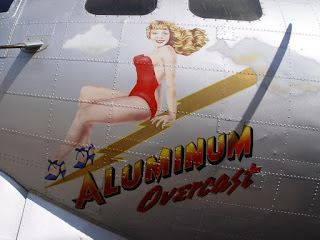 Well you get the idea. Now if one were to be in the business of rebuilding these flying weapons of death, then shouldn't the nose art be reproduced as well? So went the task of finding and having images of gals with aircraft painted on the restored aircraft. So out we went in search. Some of these searches were met with a casual attitude, while other recruits had no idea. At the time the pin up girl movement began in earnest. Everybody it seemed was doing or trying to do with pin up posters and such. Ours started with a sweet heart from the Boise Idaho area,

Paige was a great person to work with since she did what she was told, came dressed even on the primary interview dressed as requested. Of course with our second treasure 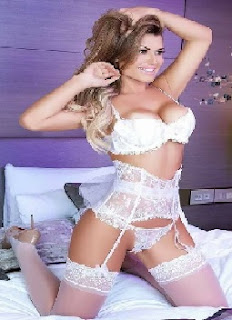 and so on. Some were a bit racy, others rather tame, all of a sudden even at a time I wanted out of having to work with anybody or anything related to models, suddenly I was thrusted into having to choose talent. Taking a photo for a pin up, is easy, having a model having to dress down and stand in a pose so that an artist could apply her image with paint and an airbrush is another.
So we decided to begin doing pinups and military pinup posters etc, to help recoup our expenses. Trust me paying a gal $100.00 plus an hour to pose in the hot sun, outside, for a full day, is rather draining on the wallet. So doing videos and pinups etc became a secondary path of bringing in money to support the company.
The company has two titles, AyreWolf Aviation that is based in Alaska and ran by my 3rd Cousin Gordon Sant, and HazzardAyre Aviation, ran by myself, and Terry Junkert of Jerome Idaho.
In 2009 there was an idea hatched by the WolfPack. Back during the day, during war time, many combat squadrons especially in the south Pacific around the Solomon Islands and surrounding areas, got their entertainment from radio. Some of the radio stations was created through the Armed Forces Radio Network, or AFRN as most of you who watched the movie Good Morning Vietnam. Other radio stations were from Japan and long range stations with women doing the on air pieces. So our idea in 2009, was why not create a radio network based on old fashioned and styled radio networks that military aviators listened to during war time. With no other title in mind, AyreWolfFM was created. When I began looking for creative talent and producers one came in and did not have one minute of hesitation of pulling off her boots and giving me a wiff, however she got the idea of what we were trying to do.
We played music of all kinds but focused on the music of the mid 20's to early 1950's, Big bands, including the show Big Band Jump. We also ran what we called the AyreWolf Theater, where we'd run the audio side of great movies of the era, just as they did in war time. Of course we had a collapse of funds of the main supporting organization, the Montgomery Foundation, so we had to close for a time. Of course there was the thing of our base foundation of all things southern heritage, the Dukes-of-Hazzard etc, so in 2011 I got this bolt of light and strong inspiration, late one night that started HazzardAyre Radio. As I just said shortly after my Cousin Gordon and I had a bit of a falling out, and he got hitched and moved to a small back country area of Alaska, and bought 30% of AyreWolf Aviation. Shortly after that I decided name my half of AyreWolf Aviation, as HazzardAyre Aviation and the rest as they say is history and yes I will be getting a domain and a site built for HazzardAyre Aviation next month. The bottom line here is this; while I love to build and ride a custom bike, having my breath taken away, going Mach 2 at 20,000 feet makes just tooling on two wheels a bit lame. Oh sure Hazzard County Choppers will go on in Wendell Idaho etc, but my head is going to live in the clouds. As it was once said 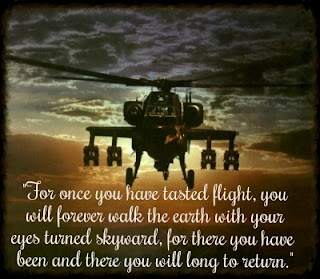 Like I said, shit is changing in my world and so am I.
L8R Aviators