The only way to hire model or feature talent is through an agency , not Facebook. 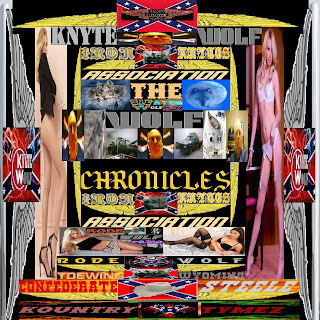 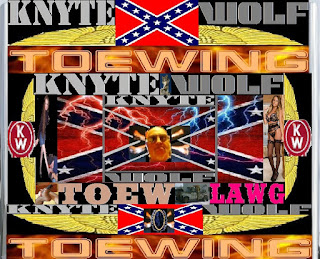 I am completely learning things that I thought I should have known, but thought maybe there was a glimmer of light at the end of a long tunnel.
As far as on air lady radio talent, they are out there, but to get a serious response from the applicants, one must dress in a suit and tie, drive a new SUV, and be in some form of office/studio in the corner with a full glass view of the eastern horizon. Oh wait we had one of those. Thing is some number cruncher bean counter never told me where the mail box was so I could retrieve the monthly bills, as such we got behind. Eventually leading to the relocation here to ETown. That's another story. That said if your looking for serious talent for a feature or website cover page, you book through an agency, not recruit from wanna bee's on Facebook. The few on there, that just might do a project, A; don't live in or real near to either Etown Wyoming or Twin Falls Idaho, B; most likely are attempting to get out of a bad gig, like a exotic dancer somewhere, or C; are too stuck up to even mess with.
Years ago, and it is another era, thing is that era is long gone and from frauds, murderers and so on, finding really able talent to go the distance on a video/photo project is not one that can be done online at least not over facebook. You just have to book through a professional agency and hope the expectations on both sides are at least equal. Oh sure you see countless photo's of pinups and erotic images pasted and posted on facebook, problem is all or most of those pictures are swiped, from reputable websites and neither the talent, booking agency, nor publisher has any idea that their images are being posted on facebook.
When I started using model talent with classic and older real work truck photographs, it was the late 1960's to mid 1970's and even into the mid 1980's. It was nothing to put a notice on a malt shoppe community board that one was looking for talent. We'd get at least 30 applicants, of the 30 we'd select 10 or so, and have others as back ups. Back then our concept was to mimic such over the road truckers publications as Overdrive 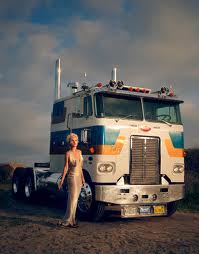 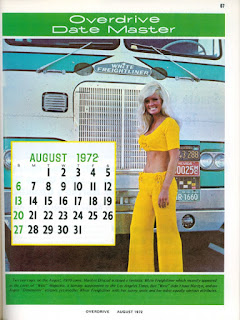 and so on, even Owner/Operator Magazine had cover girls. So as an organization that was created through the ITA, then we thought we can do this too. Back then we could, today not so much. Today recruiting talent outside of an agency is risky, and most of the time a waste of time since what your looking for is just not going to be found.
Even then, an agency never charges you for rehearsal time, or wardrobe or prep time. You might have to pay additional for travel and or food, but never for prep time and never for contractual negotiations. Business meetings are just that , business meetings. Sure that meeting might be over a meal somewhere, but then a time and place is agreed on for a sit down, cold come to Geezuss meeting. It's not making a date for a social or romantic event, if I wanted to just get laid, or mess with a touchy feeley thing, Wells Nevada, $300.00 and Miss Donna's or the Sugar Shack is not that far away, and one helluva lot less trouble. What I'm seriously looking for is lady talent to go on TV, in trade press, and on the cover page of OUR website. Not to just have a smelly session with their smelly toes in hose. Like one new applicant made it abundantly clear, her time is valuable, well damn it so is mine. The other thing she brought up, is that if its a tow call I charge for it, sure I do, however if I smell a long term bigger service contract, or a longer term exclusive contract, I'll do a few complimentry tow runs, just to impress the person doing the pitching. If there are expenses like paying for a meal and they offer to pay, I'll always reverse that and pay the food bill myself, after all, you attract more flys with sugar than vineger . In most cases if we get passed over by someone that has no patience I think, hey guess our gig wasn't for you any how, so I close the door, after all its no real flesh off my bones. Don't mind saving the money for talent that REALLY wants to work.
Okay then on on air talent, we need that the worst. I suppose that what I'm looking for there is radio on air talent, that can occasionally model, for the website and or the Club, rather than a model that just might could be on air talent. There was a madam of a talent agency in Utah that said it the best there. She said, its better to have an actress that can model, rather than a model that tries to act. Which is what I'm looking for is a radio person that can do a photo op, rather than just a model that attempts to read copy. To be able to write that copy I need someone that I get to know so as I can write the copy for her and her personality, rather than her just doing a cold read. When you think of it, this isn't Hollywood, Miami, Dallas, or even Nashville, where talent agencies and independents frolic, nope this is ultra conservative, more religious than our beloved Dixie land, and finding the right talent to book for our rather unusual gigs, is really tough. Last here, I suggested earlier to one of our new prospective lady talent hires that we meet up at the Layton Hills Mall, look over threads, and discuss details of what is expected, more over, get down a full name and all for the contract as this time for the talent there will be paper involved. She said there is just certain things she will wear and things she wont. I call this clothes research, and then she said she gives out her sizes to things so that the producers and all can choose what she wears. Hmmm, wasn't that the idea here?
Any mile, lots to do today, so I'm off for the night, see ya'll Thursday into Friday morning.
TTYLY