What your looking for sometimes is just under your feet, and not all Wolves prowl at night. 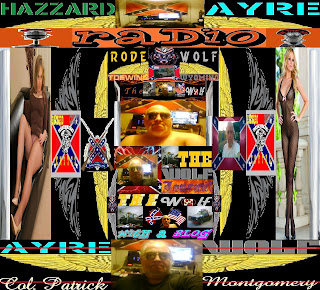 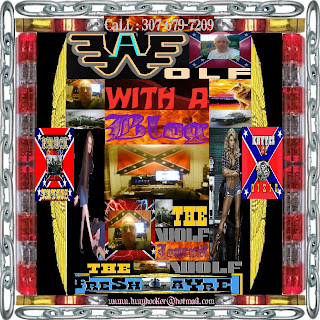 Just like it was in Smokey and the Bandit, when the Sheriff kicked the kid in the butt, " That's an attention getter" As such so is Highway Hooker Toewing. Odd enough to get your attention, in a partly carnal way, and yet says what we do. That said several other toew services run from the Wolf's Den here in Etown, RodeWolf Toewing, Dixie A1 Toewing and of course not to be left out Cooter's A1 Toewing. But the mothership is always and will remain the one I started with in 1978 come this Friday 40 years going towing in the Mountain West , Highway Hooker Toewing. Highway Hooker Toewing and its brother Heavy Hooker Toewing that is for big long haul trucks and heavy equipment, got the name from some CB radio chatter one day, as I heard as I was rescuing a rig at mile marker 162 Eastbound on I-84 near Wendell Idaho. " Hey there's a Hooker working the side of the road" He said. Hey I thought I have an idea. Now the next day as I was fetching the mail in anticipation of unloading my bowels after saw my latest issue of the original Overdrive Magazine, that every month had a Wrecker of the Month in it. Now it so happened that there was a picture of a pearl white heavy haul Peterbilt tow truck in it, that was titled, the " Happy Hooker", inspiration began, it was though finalized when a mentor and friend who ran and as far as I know still does one of the biggest tow fleets in Boise TnT Towing, did up some T Shirts with a light duty tow truck facing right on the left side, a silloette of a hot lady and a heavy duty tow truck facing left on the right side of the picture. The tag line read, " Our Hookers Handle All Sizes" so figured this is something groovy. So after long hard thought and despite many objections from associates, I still went ahead and named my main tow service company Highway Hooker Towing. With that said, when I started pushing for a radio show for us in the disabled vehicle rescue industry, I had our radio station with the call letters K-T-O-W or Kay-Tow. However many doing promo introductions including the famed and legendary Bill Mack of Midnight Cowboy Radio and writer of the hit song Blue, by LeAnn Rhymes. Kept saying Kay-Tow As Kay-Cow or it sounded like that. So I was attempting to correct that when our in station sex thearpist Emme Lee, said why not just put the word TOE, and TOW together as TOEW? In that there is the proper pronounciation of the word, without mistake, plus like Highway Hooker, gets your attention. This is where the concept of me kissing a woman's toe in our visual ads for TV and print started. The idea is simple, We LuV Toews. 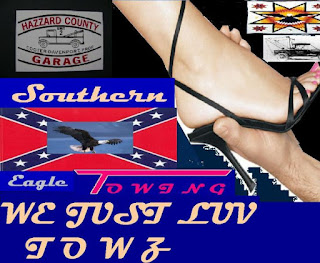 Southern Eagle Toewing is us in the greater Eagle/Horshoe Bend area of Idaho. Getting on here several concepts were tried, but the one that has been a trademark is this

and so that's that on that, again it gets your attention. Okay then: Been off the air for a few nights, catching some needed time off and colaborating with associates, to bring you who toew and truck a better radio experience. As well as our upcoming TV series on things going towing in the west. That said we at SouthernSteele Media the media finger of the Knytes, has been conceiving the ideas and I had a great time with some neighbors who is as much in the idea of radio and media as I am. Last night, went out to the shop to unload the Subaru on another victim and left my cell phone at home, completely by mistake. Was talking to our main visual talent from Las Vegas on the thing, and had it plugged into the charger to rejuvinate it. But for a few hours was happy that it wasn't there, since for once I could ignore all calls. To all who tried to reach me, sorry about that. So on Hulu.com we watched the FoX series, the "Last Person on Earth" which as it turned out plot wise, the guy finds a woman, its a kind of at that point a Adam And Eve thing. Until they smash into a limo driven by a hot blonde who admits to this guy that just got married to repopulate earth, but this blonde admits she's horny. It's truly a series to watch, if your looking for adult comedy, it is a real gas.,
Okay finally. The idea of wolves prowling at night may or may not be accurate. However with me, when 03:00 hours rolls around this old Wolf, (hitting 59 years old next Thursday)-{Hoping that I can at least get laid by some hottie around here} - But when 03:00 comes around, I'm tired. The thing of sleeping while its dark and getting a full 12 hours slumber time is a thing I'm relishing. So we are going to make some on air scheduling changes. I'll be doing a 12 hour shift from 13:00 to 23:00 . The 13:00 Hour to 18:00 hour shift will be called simply HazzardAyre Radio. Highway Hooker Radio from 18:00 to 23:00 , and a 3 hour program on Livestream.com(www.livestream.com/hazzardlyfe) will air from 00:00 to 03:00. I'll be in the cockpit of the programs, but we are searching for 3 sweethearts to be co-hosts, and alternate co-anchors that means we are looking for 3 uninhibited radical rebellious women who love radio and rockabilly music to sit in studio for 2, 6, hour on air shifts, and one 3 hour shift at midnight. Pay starts at $20.00 an hour and increases by $10.00 to $60.00 an hour over a years employment here. So any hotties want an on air radio host job? Get in touch with us at 307-679-7209 or 307-444-3014.
I'll be back on air in full uniform starting Friday(that's tomorrow) starting at 13:00 Hours(that's 1:00PM for you none military folks out there).
TTYLY 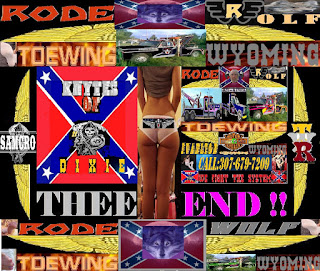