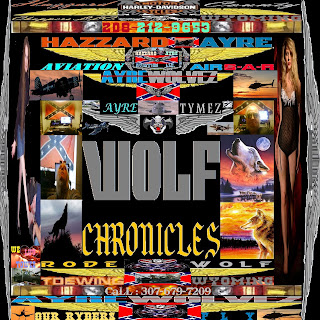 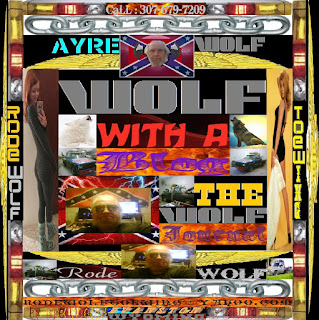 There are more nights I spend doing side work here lately than doing my on cyber radio thing, than I can count. The organization had a conference call meeting preve eve, thanks to Google and its people for that, but we had a meeting of sorts via Skype and computer. Much of that meeting can't be told just yet as they are in conceive mode right now, but the thing most are pushing for as far as myself is simply to head up our vintage military warbird enthusiasts also known as the AyreWyng aka AyreWolvez. That being said, I promise that coverage and efforts on behalf of our biker brethren will not be forgotten nor that of our over the road and toew truck organizations, but the mess that due to having less guidance than usual, here in Etown, the organization thinks that I'd be better off doing things in the air and for those looking to gain a spot in the left seat with a stick in their hands. Aka flying. Thus I'm taking the election spot as President of the AyreWolvez Military Aviation Association. That being that, there is on my part as far as pinup girls, etc will be more directed at placing hot lady bodies with vintage military warbird aircraft and military helicopters, rather than doing so much as bikes, trucks and to a lesser degree toew trucks. More time planning airshows rather than biker rallies and/or Hazzard Knytes gigs. Oh don't sweat this, since Hazzard County etc is being retained by me through HazzardAyre Aviation

But I needed to make a change that was much less stress and much more fruitful. Don't get me wrong straddling a Harley or in my case a Norton, and cruising down the highway, of rushing to rescue a disabled truck or light truck in LexiBelle is really a groove, but the best move is getting my head in the clouds, and as it was once said, 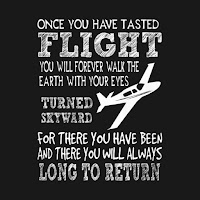 I truly believe that. You see, long before going toewing, trucking or even preytell radio, living just outside the gates of Hill Air Force Base, seeing those F4C Phantoms drape black smoke taking off, the big cargo planes and yes even those big helicopters, my head was in those clouds. Going up with air techs as they flew combat aircraft, (I was in the back seat) the rush of lifting off, and headed into the blue sky, was the thrill few youngsters ever experience. So I studied hard, took ground courses after school through the Junior Civil Air Patrol, and at age 12 got my fixed wing license. By age 16 I had my helicopter license although restricted to agricultural flying. At age 17 as I finished high school the next step was the Marines, and through channels was in Florida, doing pilot training, although at the beginning stage I signed up to be an air tech rather than pilot. But there I was training to fly. AV-4's to be exact, then F14-Tomcats. Finally graduating to F-18 Hornets. After the Marines and I agreed my skills would be better used as an instructor, and was set in 2001 as such on reserve active duty. But flying has always been my deep seated affection and now I am where I can share that affection with other Marine and Navy pilots. As such, HazzardAyre Radio, AyreWolfFM and such will be my main focus. At least on the radio, and even on TV.
Sure as far as the ground forces are concerned I'll be as active as I can be, aka Hazzard County Choppers, and RodeWolf Toewing, but, we are going to push at least from my cockpit, more flying, less highway.
Okay then; Alesha didn't call last night, maybe she's getting cold feet , hope not. Thing is many although they say they are, are just not into bikers, etc. One TV show that we all loved Sons of Anarchy, gave us a dramatized look into a 1%er Biker club. But like BlackSheep Squadron on TV, and hell even Airwolf itself was fictional. As far as the BlackSheep Squadron, I was proud to be there in that, but the TV show by the same name did not portray the greatest combat squadron in history quite correctly. First many of the 214 were not bums waiting to be courtmarshalled. Nope most were college graduates from Ivy league schools. Things like having a medic unit on the base as the 214 on TV, on the front lines would never happen. You don't put nurses there, and socializing with the 214 crew, nope not accurate. We were in the Solomon islands, where it was musty, soggy, and every stinging flying bug you can imagine. If you were lucky you had your own bird, most of the time you flew what was on the flight line, you had to be a super ace pilot to get your own bird with your name on it.
Any flyte, need to get prepped for this mornings show on www.livestream.com/ayrewolffm as well as on www.spreaker.com/ayrewolf but understand , while not as active on bikes and the biker/trucker community I'm still there, but my focus is now on those that flew and are still in the air flying in defense of this nation.
L8R Aviators 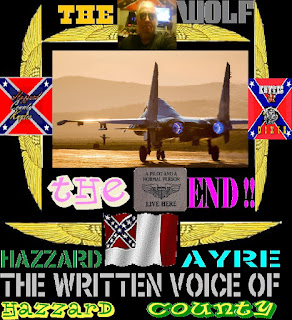