A Debate or a scripted Q&A?

Depending on where you caught it, Last nights Republican Debate telecast on FNC, was more like a staged, scripted, Q&A , not a debate. You didn't or wasn't allowed much of a back and forth banter between candidates. Of course the field of those in the battle for the Republican nomination are many and the time issue was there and having only a minute to answer a question was all to slim, but it sounded like more like a simple Q&A not what I was taught in High School was a debate. The Don lost many points especially when he went after the jugular of Megan Kelly one of the anchors of the telecast, and was degrading women. Donald Trump is nothing but a spoiled rotten Bully, that is way too selfish and crooked to be a President much less in the race. Hell if there was one, like, it'd be better to elect Al Capone rather than Trump. At least with Capone you knew where you stood. The list goes on but I am not a big fan of either party. However I am going to vote and I'm voting CNP Party all the way. Even with write in candidates. But I'm at least going to vote and get involved. One of my fellow shop people asked me why? And what does it matter? I get this all the time. It's not that I'm a poindexter or anything, but for those, especially those of age to do so, this election will shape the rise of or the total destruction of this nation. When younger people ask why they should watch the news and all I tell them, that it's not us older folks that are important here. It's those 18 to 45 year olds now that have to decide what happens to this nation. If they are not involved in the process, if they don't look at the issues, if they don't watch the news, if they don't go to city council, county commissioner meetings and such and don't speak up and take a stand, they have no damn reason to complaign about our nations problems. The lady who manages the Wentworth here. Her husband and her son, says they just don't care about whose running for office, or watching the news. Yet they will grump about Obama this and city mayor that. I say don't bitch elect to fix.
The nations people that are depending, on entitlement incomes like I do, who will see albeit only slightly, but will see their SSI and SSA payments reduced, and certain programs either scrubbed, or cut back will be the loudest cry babies in the land. However, did they speak up, did they stand up, did they support a candidate, did they participate in the election in any way? If not, then when your programs go sour don't bitch as you did not do anything to fix anything. There are real issues on the boards and in DC. The DC occupiers are sitting there in the background, the two electorial parties are corrupt. But unless someone stands up and does something, what is going on will just get worse until there's a complete meltdown. And those Iranian and ISIS leaders can just walk in, set up shop, and our government will just let em. Freedom of religion, free press, free speech human rights, women's rights and so on, will be gone. It's time to stand up America, there is but one flag and one answer it's tied to this>

And if you think I'm lieing then you don't know anything the flag of Dixie will be the only saving grace left.
DixieAyre Radio Friday Afternoon and HazzardAyre Radio overnight from 23:00 to 03:00 .
TTYLY 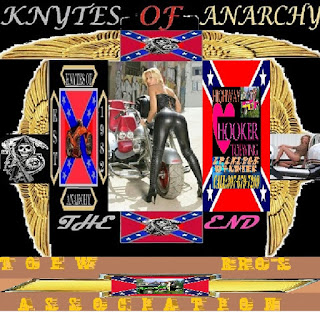